Belize is mecca for those interested in fishing. An kinds of fishing spin, fly, trolling – can be experienced all year long, and the abundance of game fish guarantees excellent sport.

The estuaries, inlets and mouths to the many rivers are known for their tarpon, snook and jacks. The lagoons and grass flats are known for the bonefish, permit and barracuda. The coral reefs support grouper, snapper, jacks and barracuda while the deeper waters off the drop off are home to sailfish, marlin, bonito and pompano.

Fishing is great all along the coast of Belize, from the Port Honduras and Punta Icacos lagoon of Toledo to Rocky Point on Ambergris Caye. Any of the many rivers which empty into the Caribbean along Belize’s coasts can guarantee a daily catch. Most of your guides and boatmen speak English so learning where and what to fish will be no problem.

The waters surrounding Ambergris Caye abound with a great variety of saltwater fishing and the island boasts some of the best fishing guides in the country. Most types of fish, including bone fish and tarpon, can be caught year-round. Within 15 minutes of leaving the dock, you can be fishing in tidal flats or in blue water hundreds of feet deep.

Cost for charters depends on the type of fishing (reef, deep sea, or bone and tarpon), the size of the boat, number of anglers, time of year and current bank balance of the captain, but expect to pay around US$350 per person for a full day’s reef and $650 for a deep sea fishing trip, including bait and tackle, beer, soft drinks and lunch. There are several fishing tournaments held each year.

Tarpon remain the primary attraction at in the area, although there all the reef species, barracuda, snook, snapper, grouper, and of course the ever-present bonefish and occasional permit. These are really a sidelight, though, because this is tarpon fishing the way everyone dreams that it should be! The flats are situated only a mile or so from the blue water and they are constantly being replenished with fish from the deep. White sand bottoms with occasional patches of turtle grass provide an unbelievable background to make these fish very visible in the shallow water. Schools of dozens of fish can be seen pushing water like bonefish from hundreds of yards distance.

The common denominator for success at Ambergris Cay is the weather. Generally speaking, the dry season in Belize extends from March through May. Morning breezes are usually from the southeast during these months and directly from the east during the rest of the year. Since the vast tarpon flats that the fly fishermen are concerned with lie on the western shores of the Yucatan, this affords a protected “leeward” side much of the time.

Although the months of May through November are considered the prime time for flats fishing, the fish are present during the entire year and any days that are calm are considered ideal times to be on the water in search for tarpon.

When the wind does raise havoc with the tarpon fishing the protected and always sheltered coves and lagoons offer a safe and almost guaranteed shot at bonefish. Though the bonefish don’t often run large here, there are lots of them and they provide plenty of entertainment.

Permit are frequently spotted in these lagoons also, as well as cruising along the inside coast of the Yucatan and on the tarpon flats themselves. It is a good idea for flyrodders to have a spare rod always set up with their favorite permit pattern and an intermediate line in case they get a shot at one of fly fishing’s most elusive gamefish!

Barracuda are a common sight in all the water surrounding Ambergris Caye. They are difficult, but not impossible to take on a fly. Six or seven-inch long fish-hair flies with trailer hooks cast across and stripped back as rapidly as possible in front of the fish is the most successful way to latch on to these toothy monsters. For the spin fisherman armed with a fluorescent yellow tube lure, a strike and battle are guaranteed.

FISHING OFF AMBERGRIS CAYE & CAYE CAULKER
Has remained one of the Caribbeans best-kept secrets until recently. The extensive flats, a twenty minute boat ride from the lodge, are picture perfect. Shallow (2-6 feet) and with a whiter than normal sand bottom, these tarpon feeding grounds stretch for over fifty miles and provide the dining room for almost unbelievable numbers of tarpon.

Peak periods on the local flats are the months of May through November, though there are fish around 355 days a year, and Winter/Spring months (February, March and April) provide excellent opportunities when the weather cooperates. More importantly, it is uncommon to encounter other anglers once you have left the harbor area. The immense size of these flats, and the lack of fishing pressure has left these tarpon with an very aggressive nature, and they move readily to almost any properly presented fly.

FISHING OFF SOUTHERN BELIZE
The waters off the coast of Stann Creek & Toledo are is a Mecca for those interested in fishing. All kinds of fishing – spin, fly, trolling – can be experienced all year long, and the abundance of game fish guarantees excellent sport. Trophy size bonefish, tarpon, permit, are plentiful in Southern Belizean waters, and Grand Slams, while not common, are not unheard of either.

The Port Honduras Marine Reserve, with its mangrove coast, clear rivers, hundreds of protective cayes, and the Barrier Reef, forms one of the most important fish nurseries in the Caribbean. The estuaries and inlets of Punta Ycacos Lagoon and the mouths of the many rivers in Southern Belize are known for their tarpon, snook and jacks. Monkey River is popular for flyfishing where bone fish, tarpon and permit are abundant. Punta Ycacos Lagoon and Puinta Negra Lake with their gras flats are known for the bonefish, permit tarpon and barracuda. Further out along the barrier reef and near the coral sand islands, grouper, snapper, jacks and barracuda are caught. For big game such as sailfish, marlin, bonito and pompano, you will have to venture into the deeper waters off the drop off, east of the barrier reef past the Sapodilla Cayes.

Peak fishing seasons vary, but you can catch all game fish year around depending on local weather conditions. Generally tarpon are most plentiful from October through mid December and in June and July. Bonefishing is best from September through January. Permit fishing peaks from August through October and March through June. Grand Slams seem to appear most frequently during the months of May and June.

Experienced and trained tour guides (all fished for a living in their previous life) take guests out to their favorite fishing areas, where they all but guarantee landing prized sportfish. Cost for fishing charters depends on the type of fishing, the size of the boat, number of anglers, and time of year. Fish are caught on a catch and release basis. Serious fishermen should bring both fly and spin tackle, and any additional equipment.

The law is supposed to be in the process of being re-written to eliminate from the licensing requirements fishing from shore, children under a certain age or senior citizens over a certain age, and the requirement that everybody in a boat on which fishing gear is located needs a license. (Right now, the way the law is written if 6 snorkelers go out on a boat and the guide brings along fishing gear to catch fish for lunch, all 6 snorkelers should have a fishing license.)

Even if they eliminate some silly things in the law, you’ll still always need a license for sportfishing, particularly for catch and release.

What kind of fish can I expect to catch?

That’s the question everyone asked, when they get  on the boat (so let’s discuss the answer).  Belize has some of the best sport fishing around, and most of it can be enjoyed all year long.  Some anglers tell us, it is virtually impossible to go fishing in Belize and not catch something.  A distinct advantage you have here, is most all the tour operators speak English.

ESTUARIES & MOUTHS OF JUNGLE RIVERS
Are the best known places for their tarpon, black snapper, jack-revalle, cubera, and snook; lagoons and coral flats for their bonefish, permit, triggerfish, and barracuda.

DEEPER WATERS OFF THE OUTER REEFS & ATOLLS
Are best known for their amberjack, sailfish, shark, wahoo, pompano, blackfin tuna, yellowfin tuna, bonito, dolphinfish, mahi-mahi, and marlin.  Species availability varies considerably, depending on the depth and clarity of water, proximity to reefs and rivers, and time of year. 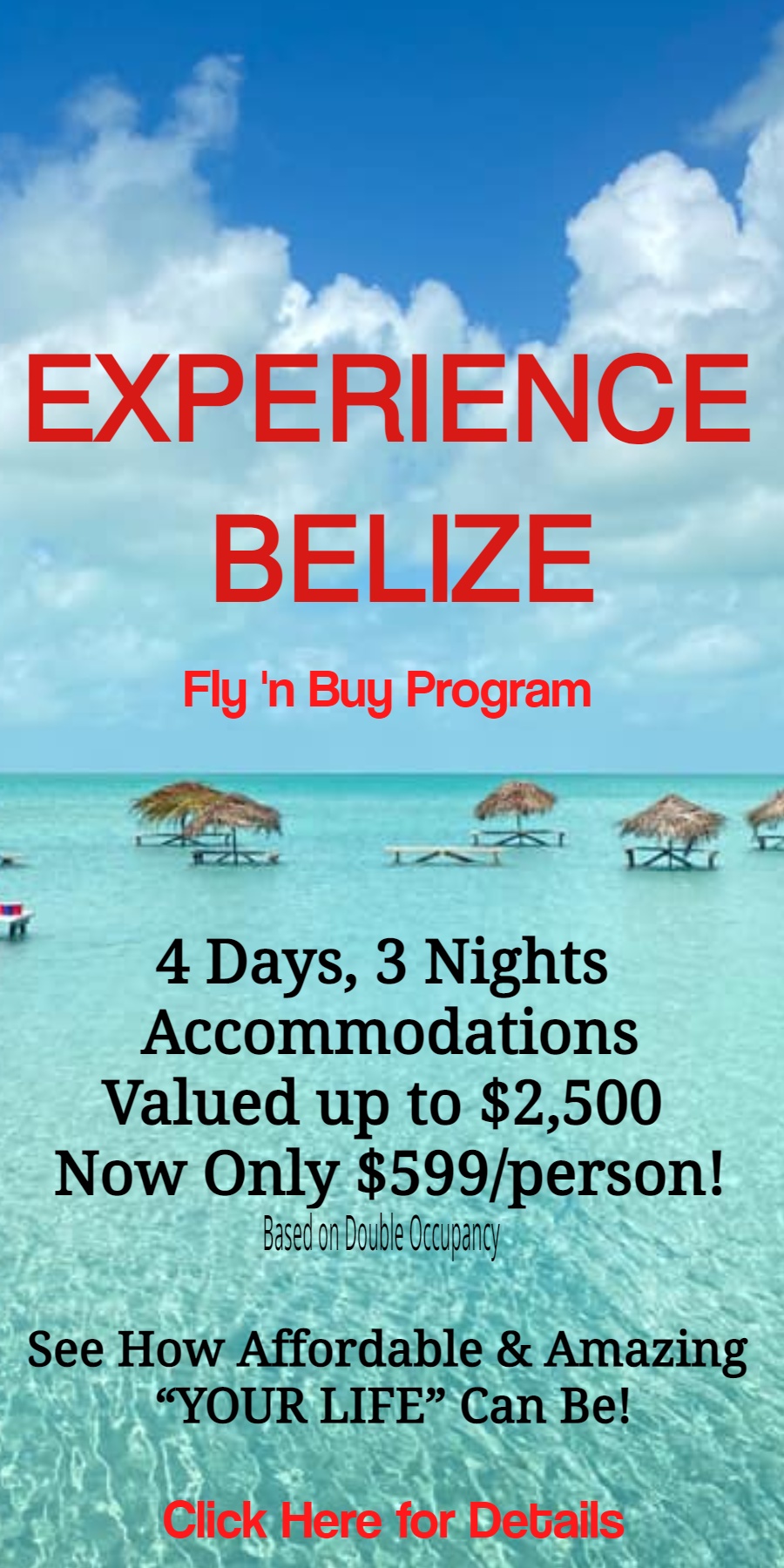